Wah Lum Kung Fu of the U.S.A. was started by Grandmaster Chan Pui in Boston’s Chinatown over 45 years ago. He was one of the first martial artist instructors to place a great importance on diversity and to open his school to all who would be willing to work hard to master the art.

WHAT IS KUNG FU?

The translation of “Kung Fu” is literally “hard work” and “time”. It further implies that a high level of skill is attainable, but only through diligent training over a long period of time. In America and other western societies, the term has also come to represent the hundreds of Chinese martial arts system as a whole. Many of these systems have been in existence for thousands of years. The proven benefits of practicing Kung Fu over the long term include strengthening mind & body, being able to protect oneself, gaining the knowledge of traditional weapons usage, understanding eastern culture & philosophy, and learning about Chinese herbal medicine.

HISTORY OF THE SYSTEM 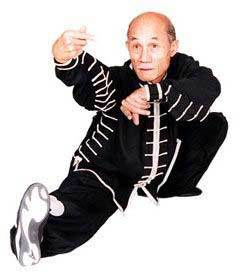 Master Wong Long created the northern praying mantis system over 380 years ago in the Shandong province of China. Over time, several branches of this system emerged. The Wah Lum Tam Tui Northern Praying Mantis system was created by Master Lee Kwan Shan when he combined the mantis system he had learned while living at the Wah Lum Temple with his family’s fighting style (Tam Tui – seeking leg). Master Lee’s last disciple and current grandmaster of the system, Master Chan Pui, has since brought the Wah Lum system to America, where it has flourished for over 45 years. The Wah Lum Kung Fu Athletic Association has been located in the Boston area since 1970. In 1984, Master Chan commissioned Sifu Bob Rosen to continue the proud tradition of teaching the Wah Lum system in Boston’s Chinatown, and Sifu Rosen has since developed a school of first-rate instructors and students, as well as national & international champions.