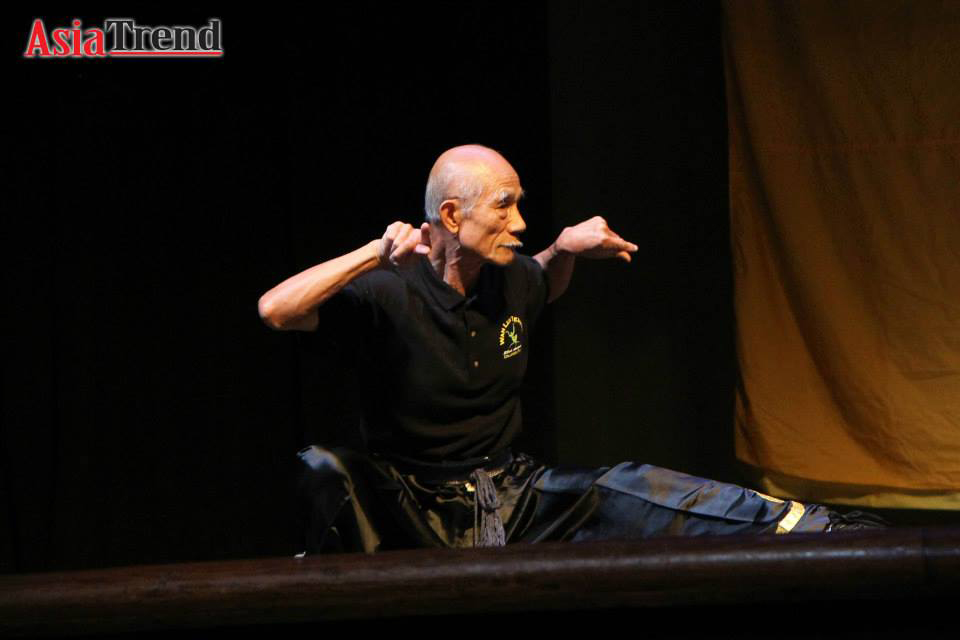 Chan Pui, 6th Generation Successor of the Wah Lum Tam Tui Northern Praying Mantis System and 33rd Generation Successor of the Shaolin Temple, was born in Sha Cheng, Kwandung Province, China. Just after World War II, at the age of six, his parents took him to live at the Wah Lum Temple in the Ping To district of Shantung Province where he was to study kung fu under Grandmaster Lee Kwan Shan.

Born in 1866, Lee Kwan Shan had studied the Praying Mantis System and combined it with his family’s style of kung fu called Tam Tui (seeking leg). He trained Chan Pui along with his older kung fu students for a few years before he passed away in 1948. After that, Chan Pui was trained by his older kung fu brother Chan Wan Ching in the Tam Tui Northern Praying Mantis style until he reached his late teens.

In 1956, Chan Pui traveled south and decided escape from Communist China by swimming through the dangerous waters from the mainland to Hong Kong. There, he found work as a seaman on a merchant ship bound for America. Chan Pui’s older brother had already managed to emigrate and he hoped for the same, but when his ship reached New York, his application was denied because he didn’t have a visa. Again, he decided to take the risk and literally jumped ship off Newark, N.J. and swam to shore at night.

Starting Out in America 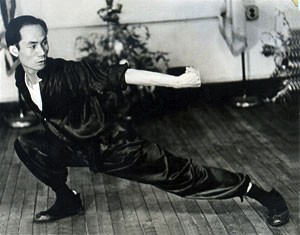 Chan Pui managed to make his way from New York to Boston, where his older brother was living. He found steady work as a cook and after a while decided that he must continue his kung fu training.

Chan Pui found a gym in Chinatown that had been opened by Grandmaster Winchell P.C. Woo called The Bamboo Hut Club. He began to work out there as well as teach kung fu and lion dance performing, until he was able to open his own training hall, the first Wah Lum school in America. After a while, he managed several schools in the Boston area, but then decided to put all his focus into a school he had opened near Boston’s North Station. By 1975, this is where he trained students to become instructors and spread knowledge of Wah Lum to a new generation.

The Wah Lum Temple is Founded

After training students in the New England area for almost a decade, Master Chan had an opportunity to fulfill a lifelong dream: to found a true kung fu temple in America. In 1978, he purchased a plot of land just outside of Orlando, Florida and by 1980 opened the Wah Lum Temple. Here, students can either come throughout the week to attend classes, or live in a dormitory and train all day in the way of kung fu students at the Shao Lin Temple in China.

In addition to his kung fu family, Master Chan has a wife and two daughters. He met his wife, Suzy while living in Boston and she is a Tai Chi master who credits the practice with helping her to overcome a difficult bout with breast cancer.

Master Chan and Si Mo Suzy Chan have two daughters, Mimi and Tina. Sifu Mimi Chan was the performance model for the character of Mulan in Disney’s film of the same name. She has also produced a documentary about her father’s journey from post-war China to bring the Wah Lum style to America in the film, “Pui Chan: Kung Fu Pioneer”. Tina Chan continues the family tradition by teaching at the Wah Lum Temple.

Now a practicioner for over 65 years, Master Chan has been the recipient of numerous accolades including Instructor of the Year & Martial Artist of the Year by Inside Kung Fu Magazine and Black Belt Magazine and in 2003 was inducted to Martial Info’s Martial Arts Hall of Fame.