In the early 1900’s an already accomplished martial artist by the name of Lee Kwan Shan entered into the Wah Lum Monastery of Ping To district in Shantung province. There he committed himself to an arduous ten year discipleship in the Praying Mantis system. His teacher, Abbot Ching Yeung, was the fourth generation of the original Praying Mantis system. When Master Lee left the temple he traveled widely, eventually settling down at Sha Cheng village in Canton province. It was here that he combined his Praying Mantis style with his own family system, the Tam Tui (seeking leg) style. Lee Kwan Shan’s style was noted for his long fist forms, spear and pole techniques, and whirling broadsword skills. Before his death in 1948 Lee accepted his youngest and last disciple, Pui Chan.

Master Pui Chan (currently the Grandmaster of Wah Lum System in the USA) studied with Lee Kwan Shan and then continued to learn and train with his older Kung Fu brother, Chan Wan Ching making him the sixth generation master of Wah Lum. In 1980, Master Chan built a Kung Fu Temple in Orlando, Florida. Calling it the Wah Lum Temple, he allows instructors from all over the country to live there and undertake intensive Kung Fu training in an atmosphere free of distractions. Master Chan has done this in order to preserve the traditional ways of Kung Fu training, and to provide an atmosphere of serenity and sincerity in the modern world. 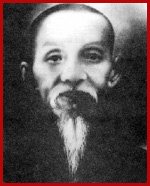 Lee Kwan Shan – Deceased 1948
Fifth Generation Successor of the Northern Praying Mantis System
Lee Kwan Shan was the originator of the Wah Lum System. His real name is Yuk Tong, meaning “Jade Mountain”. He learned the praying Mantis System from Ching Yeung, the Abbot of the Wah Lum Temple in Shantung Province in China. He took in young Pui Chan as his last disciple of the system. 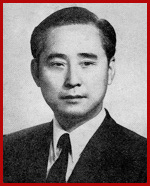 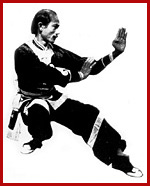 Grand Master Pui Chan
Sixth Generation Successor of the Northern Praying Mantis System
Master Pui Chan introduced the Wah Lum System to the United States and is currently the only master in the U.S. teaching this system. He is the 6th generation successor of the Northern Praying Mantis System and 33rd generation successor of the Shaolin Temple, China. In addition to being a disciple of Grandmaster Lee Kwan Shan, he has studied under several masters of the style. Having given many exciting demonstrations throughout the United States, appearing on television, in newspapers and in martial arts magazines, his skills and knowledge are highly respected by martial artists and masters worldwide.